Skip to content
28/08/201008/04/2015 By shendy3 Comments
In 1962, just for a change, my dad didn’t go to Le Mans. Instead, Bill and he went to Monte Carlo for the Grand Prix. Did they fly? No. They made a proper petrolhead trip of it.
First up, they drove to Germany (what in those days would have been West Germany, to be precise) for the Nurburgring 1000km. Then they drove down through the Alps to Monte Carlo, watched the Grand Prix, and then drove back up through France, via Arles, the Gorges du Tarn, Le Mans (OK, so he went there, but not for the 24 hour race this time) and then back to Calais.
Not something you see every day – a racing car (Formula Junior – the precursor to Formula 3) parked at the side of the road, between a couple of oh-so-French vans. 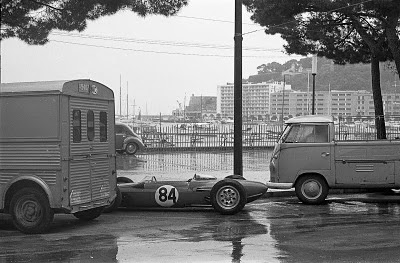 One of the most iconic Formula 1 cars – the Sharknose Ferrari 156, driven here by Phil Hill. 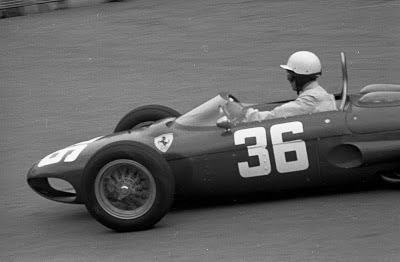 Jack Brabham in a Lotus-Climax 24, in Casino Square. 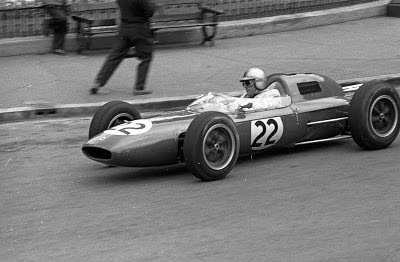 A Porsche 718, driven by Jo Bonnier, also in Casino Square. 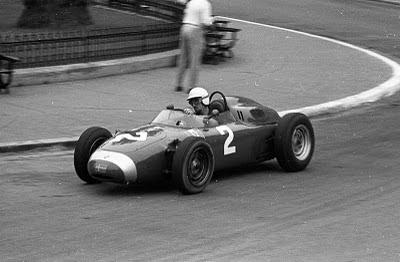 Bruce McLaren in a Cooper-Climax T14, celebrating his win with what looks suspiciously like a bottle of Coke. You don’t see Lewis Hamilton doing this, do you? For one thing, he’d expect to be paid an obscene amount of money to do it, and Bernie Ecclestone probably wouldn’t let him. 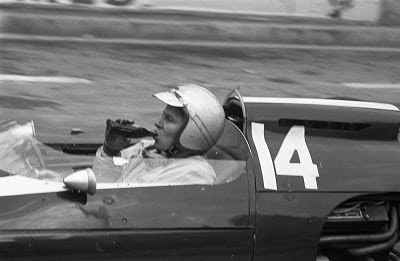 I think that these are some of the best photos so far. Not only did he get very close to the actions, but some of them are in colour as well:
A view down over the harbour – is this heading down towards the Rascasse corner? 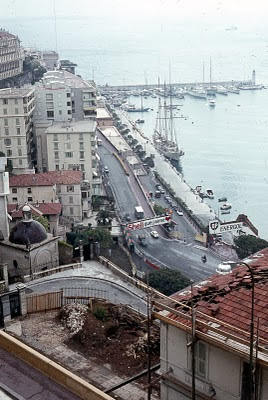 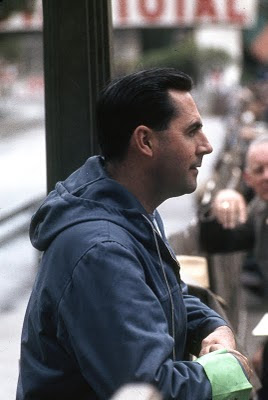 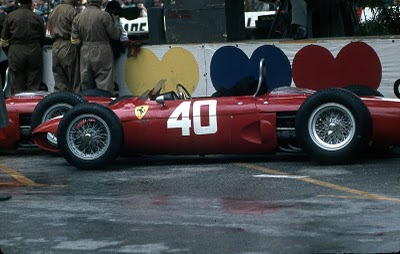 Jim Clark in a Lotus-Climax 25. 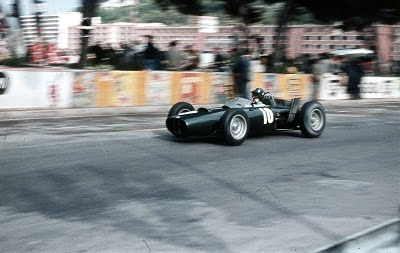