Skip to content
26/12/201012/04/2020 By shendyNo Comments
Was it really September when I last posted? Oops.
As the Masque Theatre is rapidly heading towards its 80th anniversary (it’s actually in 2012, but they’ve started preparing nice and early), Mother asked me to dig out all of the Masque negatives I could find. I don’t think anyone (least of all me) was quite expecting somewhere in the region of 400 films that I delivered a couple of weeks ago!
Fortunately, now that I’ve handed over all of the Masque negs, they become an SEP (Someone Else’s Problem – Douglas Adams) and I can concentrate on the rest of the archive.
Anyway, I was trying to work out where I’d got up to on the blog, and found some older pics that I passed over previously.
Dancing at a couple of Masque parties in 1964. 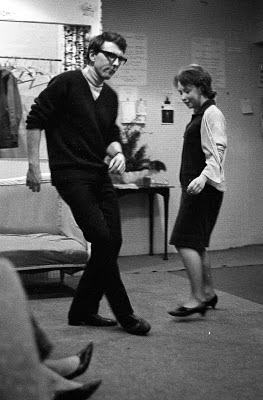 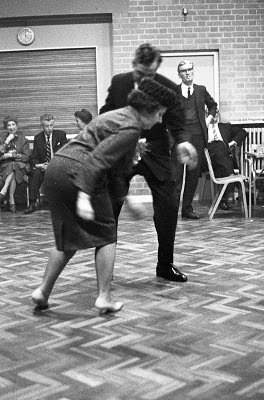