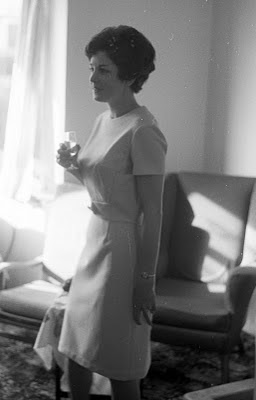 A proper working class party – a keg of beer, and a bottle of Dubonnet for the ladies. 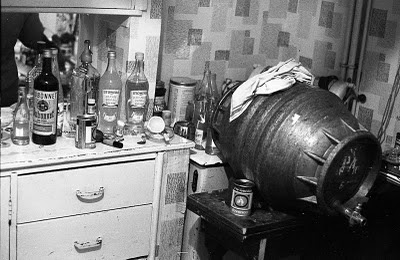 The is Mother at the wrong end of presumably a few Dubonnets – her getting very drunk at her younger sister’s wedding is a well-told story in the family. 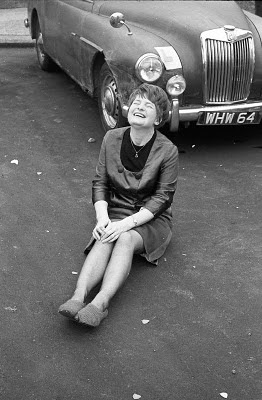 What’s particularly ironic about her inability to stand up is this picture of The Brother, taken earlier in the day. 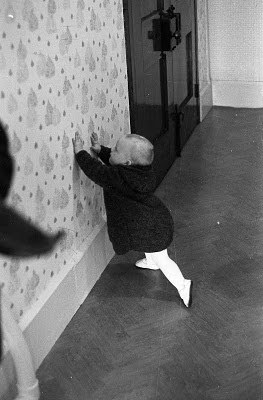 This is actually him standing up on his own for the first time.
I happened to mention at lunch today that I was sorting out photos of this wedding (my aunt is coming to lunch tomorrow), and Mother asked if there was a shot of The Brother standing up, mentioning the significance of it – which I hadn’t realised. The Brother commented on the irony of him standing up and her not being able to…