Skip to content
28/08/201012/04/2020 By shendyNo Comments
March 1963, and what I suppose is a tolerably important landmark in several people’s lives – including me.
“Do you, John Cristopher Hendy, take…”
Yep, the parents got married. I’ve never seen any wedding photos, and there are only a few from what appears to be a very small reception at the Green Man pub near Silverstone. I imagine this is because my father was otherwise occupied on the day.
The Green Man is/was a long time favoured haunt of racing drivers for decades. Now, a racing driver’s pub near Silverstone – I wonder how that managed to get chosen for the reception? It’s got a modern Premier Inn tacked onto it now, although it burned down just before the British Grand Prix this summer.
Mother, on her wedding day… 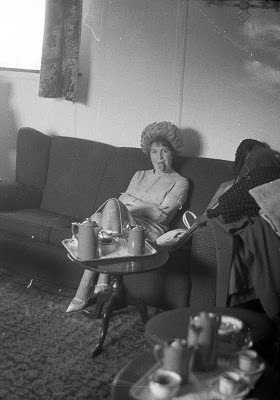 This is probably a unique photo – my father’s mother and my mother’s father. He was proper Northampton shoe industry working-class. She wasn’t. 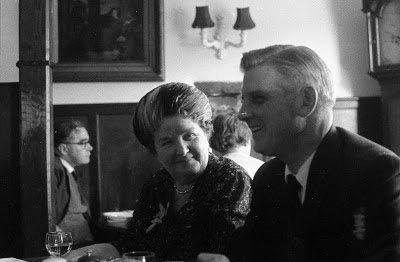 The rest of my mother’s family – twin brother, mother and younger sister (referred to, I believe as “post-war”). Family legend has it that she had a glass of red wine in one hand and a glass of white in the other, and was sipping alternately from each. 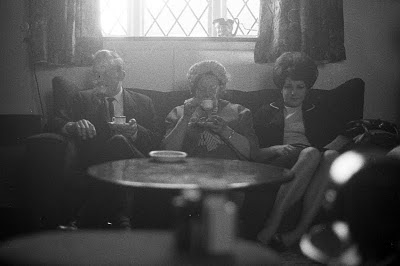 Someone did apparently get very drunk at their sister’s wedding, but it was actually older sister at younger sister’s wedding. That’s not until 1966, which means I’ve got another 50 films to go before I get to it.