Skip to content
06/03/201012/04/2020 By shendy1 Comment
I can’t overstate how important these photos are.
Having moved to Northampton for his job, my father carried on with the amateur dramatics thing, joining the Masque Theatre in 1960 (we actually have the letter confirming his membership). He remained a member for the rest of his life, sometimes acting, sometimes helping backstage, and taking photos of many, many productions – I totted up and something like 300 of the 850 b&w films are of Masque productions. I don’t propose to scan many of these, but will probably hand them over to the Masque archive.
Anyway, the young lady in these pictures, Greta, was stage managing this production (The Entertainer in 1961), and I think he took a bit of a liking to her – rather a lot of a liking in fact. A sort of married for 45 years with two children liking…
Yep, say hello to my mother.
You know the membership letter I mentioned above? She signed it. 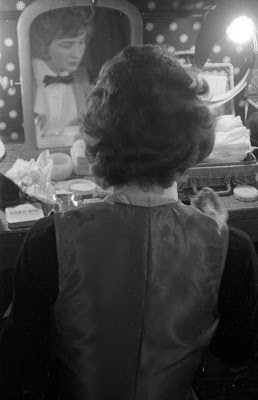 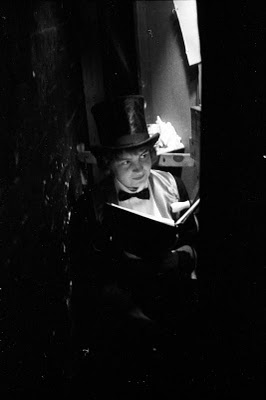 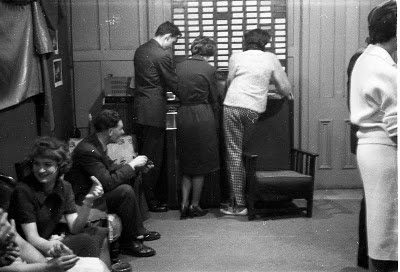 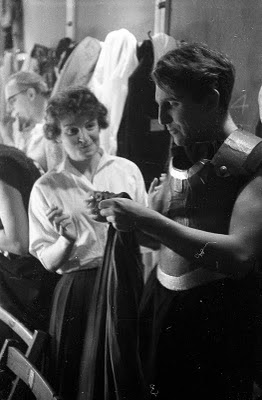 The chap in the last photo (John Cartwright) remains a family friend to this day.