Skip to content
06/01/201008/04/2015 By shendyNo Comments
In June 1959, my dad and his friend Bill Greenstreet went to the Continent for a holiday – not a common thing to do in those days. No nipping over on the cross-channel ferry for them. Instead they used the wonderfully named “Air Bridge” – a Bristol freighter which flew them to France. That’s Bill’s car being loaded. 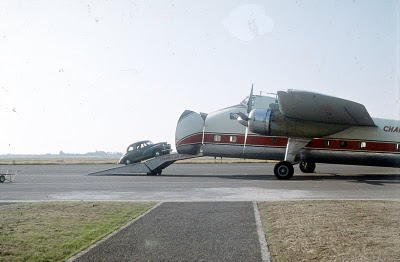 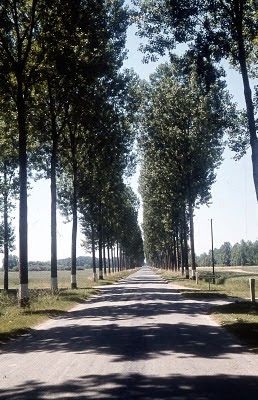 The Basilica in Lisieux 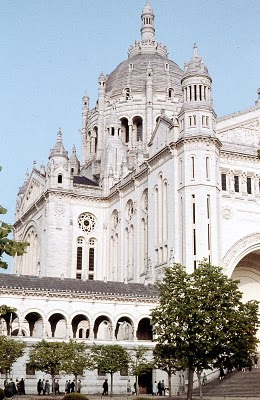 This is Le Mans cathedral, and that should tell you a lot about why they really went to France. The first box of 50 black and white films can probably be summarised as “student days”, while the second box (the one I’m on now) can probably be summed up as “petrolhead” – it looks like about half of the films are dedicated to motorsport meetings all over the place – Silverstone, Brands Hatch and most significantly of all, Le Mans. But, we’ll come to that soon… 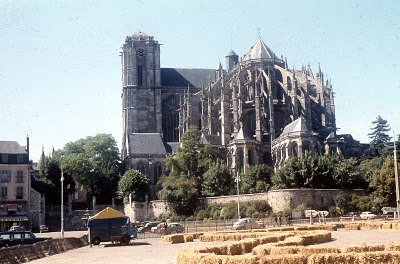 After the visit to Le Mans, it looks like they went on a bit of a pilgrimage of motorsport venues, also managing to fit in visits to the circuits at Reims and Spa in Belgium. It has to be said that these two aren’t really on any kind of direct route back from Le Mans towards, well anywhere in England really.
This shot is of the Spa circuit, looking back towards the pits from the legendary Eau Rouge corner. 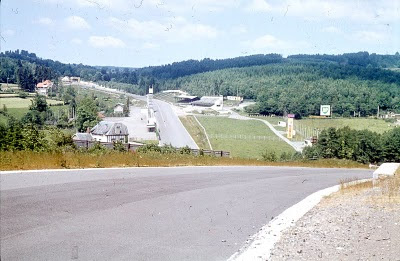