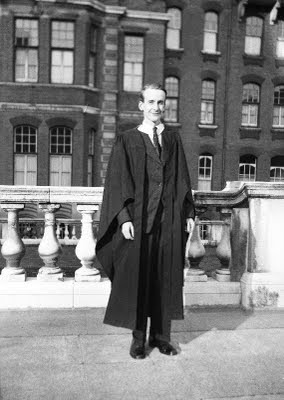 My father on graduation day (known as Commemoration Day), October 1955 at the Royal Albert Hall.

EDIT: Just found this in felixonline.co.uk (the IC student newspaper):

In 1945, King George VI and the Queen Mother visited Imperial College to commemorate the 100th anniversary of the founding of the Royal College of Chemistry, the oldest of the institutions that were amalgamated into Imperial College in 1907. It was decided that this royal visit would be commemorated annually, and it is this ceremony, held in the Royal Albert Hall, at which Imperial undergraduate students celebrate graduation.