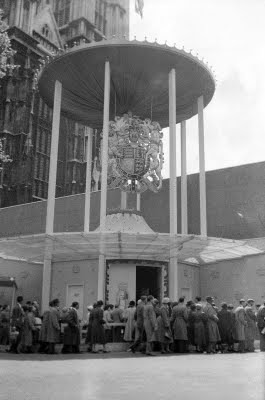 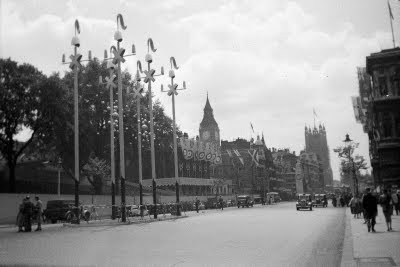 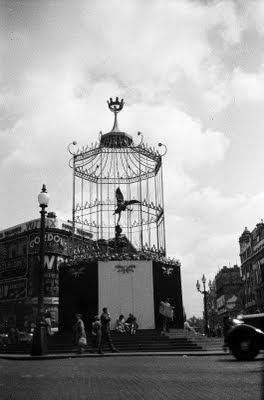 A special bonus of three images this time, to round off the detour back into the really old 40’s and early 50’s stuff, before my dad had his own camera. I think these “half-plate” shots were taken on his mum’s camera – I seem to recall him saying that he borrowed hers for the cycling trip to France.

I have also just looked through another set of “half-plate” sized negatives that I brought back the other week, and these look even older. It looks like one of the associated prints is dated 1920, so these will presumably have been taken by my grandfather, or maybe even his father. There must be getting on towards 100 of them, so that’s ramped up my scanning a bit more!

Anyway, these three images are, as the title of the posting says, from around the time of the Coronation in 1953. I’m not quite sure what everyone is queueing for in the first shot, but then us Brits do tend to enjoy a good queue, so there might not even have been anything particularly interesting at the end.