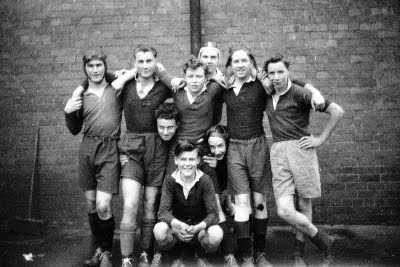 This is from my dad’s first labelled film (half-plate, not 35mm), which just says “Early Home”. Given that the next one is from summer 1949, this must be from the 1948/49 rugby season at Towcester Grammar School.
I assume this is the forwards, and that my dad played at lock forward – he was tall and thin so it would make sense. I had no idea he ever actually played until I saw this photo, although he was always a rugby fan and my parents used to watch the Saints in the 1960s.